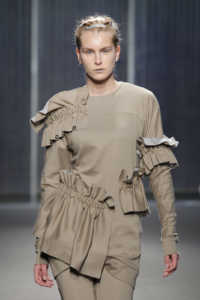 Positioned between the generations Y and Z, it is possible to find in the young Portuguese designers some of the distinctive features of each of the generations. In particular, they are always connected, they are entrepreneurs and believe in a sharing economy and in the customized and experiential retail. The trio Eduardo Amorim, Inês Torcato and Pedro Neto are part of this selection.

Although they know all the corners of cyberspace and exploit the benefits of social networks to promote their work, these young Portuguese designers have presented new concepts of physical retail, such as pop-up stores or collaborative spaces.

Eduardo Amorim opened in November 2016 a pop-up shop in Peninsula Boutique Center, in Porto. The space was open for some months and presented the spring-summer 2017 collection of the eponymous brand, as well as some pieces from previous collections. The idea of the store with an expiration date was, above all, to understand the shopping mall visitors’ acceptance of his proposals and the conclusion was positive, as reported in the June issue of Jornal Têxtil. «It went very well, it was a very positive experience. I had a lot of people coming in and getting to know the work, which was great away to promote it», he said. Considering the interest, Eduardo Amorim intends to continue betting on traditional retail. «I will stay in the Peninsula Boutique Center in other ways, people who want to buy Eduardo Amorim will be able to go there on certain dates», he revealed. 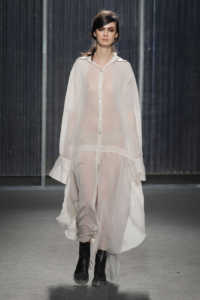 Alongside the innovative concept of pop-up, the store space was also designed to promote an experience, merging fashion and art through a partnership with Joana Bernardo, a plastic artist who made an installation for the interior of the space.

With the intervention of the architect José Carlos Nunes de Almeida, the store of Júlio and Inês Torcato also opened its doors in January of 2017, adding a new dimension to the concept of collaborative space. Father and daughter share number 118 at Rua Sacadura Cabral, in Porto, divided into three areas: one presents the Júlio Torcato collection, another is dedicated to the Inês Torcato brand, and the third one responds to custom requests. The young designer makes a positive evaluation of her participation in the project, especially considering the involvement of the male audience. «Men are starting to take a little more risk, even the seemingly formal ones, and I get that feedback right in the store», Inês acknowledged.

As a recent addition to Bloom’s platform official line-up in Portugal Fashion, the designer’s career is taking off, having been invited to participate in “Pitti Super” trade show on the “Super Talents” platform in partnership with Vogue Italia.

Last November, Pedro Neto joined the stylist Nelson Vieira and photographer João Peixoto and inaugurated the Box32 project. Number 32 of Rua António Cardoso in Porto now houses an art gallery, a multi-brand store that sells, along with its own, collections of other young talents of Portuguese fashion and a showroom that welcomes musical performances.

The young designer, who participated in the International Fashion Showcase in London in February 2016, an exhibition organized by the British Fashion Council at London Fashion Week, acknowledged that between 70% and 80% of its customers «prefer going to a store, to touch and feel the small details of the pieces», thus he values this channel in the evolution of his business. 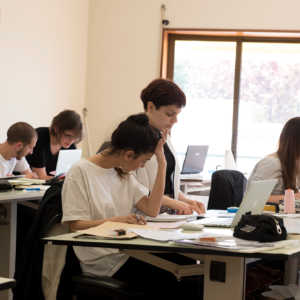 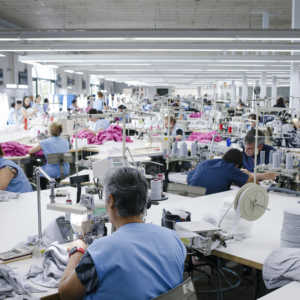 At the beginning of a new school year, Modatex welcomes the new students with training sessions scheduled for Porto, Covilhã...