A walk on the seaside

The seashore’s melancholic atmosphere, the fishermen’s wive’s unrest, the colours and feelings one can only find in Portugal are the basis for Luís Buchinho’s Fall-Winter 2018/2019.

While preserving the sophisticated, urban approach that characterises his work, the designer’s starting point for the collection was a nostalgic, almost rude imaginary, employed to represent the elegance of the feminine silhouette.

Born into a family with fishermen heritage, Luís Buchinho spent all his childhood and adolescence days on the beaches of Setúbal. His aesthetic language is therefore naturally influenced by his connection to the sea and to Portuguese culture. «This collection follows the path of previous ones – the traditional “Calçada Portuguesa” (Fall-Winter 2012/2013), the Revolution on the 25 of April 1974 (Fall-Winter 2013/2014) – they’re meant to express our identity as a nation», he tells us as he introduces his collection.

It was last summer, the creator shares, while on holidays at Zambujeira do Mar, he spontaneously found the references that would come to inspire this new collection. He wandered along the seashore for several days, photographing stones, nets and cliffs along the way, afterwards, transposing their raw colours and textures onto the fabric patterns used in the collection. In his mood board, we can find a set of old photographs that takes us back to the humble life of traditional fishing villages.

The colour pallet introduced by Luís Buchinho is ruled by black, an expression of the rigid and sad trust these men give to the indecisive sea. The red chess pattern backdrop, typical of the seamen’s shirts, is deconstructed and reinvented, while the sparkle of fish scales is summoned with light metallic tones. Still in a clear reference to the coastline’s atmosphere, a pallet of clay, brown, beige and copper unify the whole collection.

Waterproof, sturdy materials with high thermal resistance, leather and knitwear with crude textures are carefully selected to build long-lasting garments meant for a variety of situations. As a contrast, fluid fabric emerges to recall the waves and ripples of the sand and the sea, reaching a point of balance, a perfect dialogue between a masculine and feminine atmosphere. 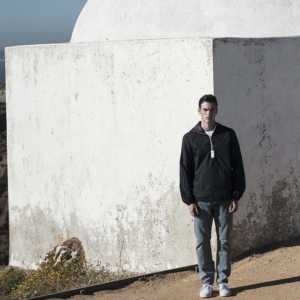 From land and sea 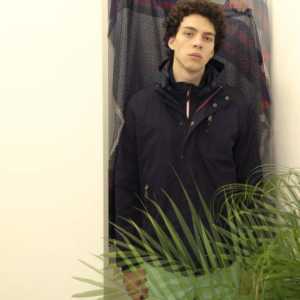 From land and sea

Portugal is a country famous for its long coastline, filled with beautiful beaches, cliffs, estuaries and lagoons. It was all of these...