There Are More Tides Than Sailors

Most fashion designers like to follow trends. Not Svenja Specht. Reality Studio’s founder would rather let her creations be inspired by the representation of the here and now, the observation of everyday reality and people’s interaction through clothing. With an aesthetic language that sets itself apart through the intersection of multicultural references, the German creator merges her interest in artisanal production techniques with the more industrial side of fashion, to create contemporary pieces with lifelong value. 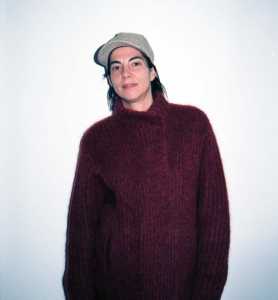 It’s a busy day at Reality Studio. Svenja Specht walks restlessly throughout the room, while she gives the finishing touches to her new collection. There’s a breeze of controlled chaos in the air. We take this time to quietly enjoy the bright and spacious studio, set in the first floor of a building in Porto’s downtown. The white walls immediately grab our attention, filled with “getas” (traditional Japanese sandals), exotic necklaces and colourful fabric with oriental embroidery. There are also traditional masks and other references to Portuguese culture.

Contradicting the intensity of her agenda, the German creator speaks in a relaxed, honest tone, while she holds a warm cup of tea. A slow living supporter, she repeatedly questions the fast-paced rhythm of her life, her time engulfed by the constant dedication to her work. «I’ve never believed in working yourself to death», she comments, explaining that she would rather be more organized, and have more time to enjoy the present. «Act in the moment, be more self-aware of the here and now, is the philosophy behind Reality Studio I’ve been trying to achieve for a long time and I’m still not sure if I’ve achieved that», she shares with the authenticity that characterizes her speech.

«It will always be my aim that we do things that last longer, that we make things that are Zeitgeist, that belong to the now», she continues. «And of course we are creating something from the now, because we are influenced by the things that are going on, politically, environmentally, or whatever — all my collections are influenced by the now», she states. One of the more distinctive characteristics of Svenja’s approach is precisely the fact she questions the ephemeral nature of fast fashion and the mass production methods. It is also one of the reasons that explain the brand’s move to Porto, a city where artisans and small production persists.

Reality Studio was born in 2005, in Berlin, after the designer’s return from stays in Paris, Beijing and Cologne, where she worked as a product designer, graphic designer and trend forecaster. Everything was going well until the German factory where the designer produced her garments declared bankruptcy. «I had to move my production to Romania and the problem was that I didn’t know the people, I had an agent and I never went there», she tells. «I’ve always known I have a small brand and that I want to know with who I work. I mean, what kind of competitive advantage can we have over big brands like H&M, Zara or Acne?», she questions. 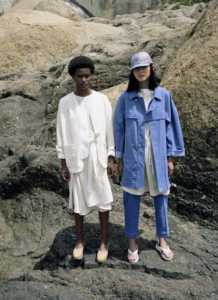 For Svenja Specht, the more personal, direct approach that defines a smaller brand makes all the difference. The strength of its production and the creative energy it gathers, made Porto a potential answer. «We have three people working here constantly, the others are interns, so we had to find a way to also be competitive through our concept», she begins to answer. «Our advantage is that we can really say we know who we are working with, that Reality Studio is an honest brand», she clarifies. It was 2011 when Svenja Specht, on a first visit to Portugal with her partner, Yoske Nishiumi (who now has the Out to Lunch store in the Porto city centre), fell in love with the city.

«We met a lot of nice people, we made friends and Yoske immediately said, “let’s move” and I said “okay, but I will also have to move the production of my clothing”». Meanwhile, still in Berlin, the fashion designer started to collaborate on a few projects with new Portuguese friends, such as Colönia studio and the tapestry brand Gur. The first experience with Portuguese industry itself happened later, in 2012, when her first shoe collection was developed at a northern Portuguese factory. Moving the garment production to the country was, however, a longer and more difficult process.

Being a small-scale brand, three years were needed until Reality Studio could find someone with the flexibility to produce her collections. «On the one hand, it’s not easy to be an industrial brand and at the same time a slow fashion brand, because I depend on these fabrics I need to get, and I depend on production», she admits. «On the other hand, Portugal still has tradition of handcraft and small producers and we have many more possibilities to do things that we couldn’t have done before», she tops.

«So, after we finally found this producer, who is now a friend, I said to my partner “okay, now we can move!” and we moved», she tells. The year was 2014. They took 250 boxes filled with an archive of 20 collections, a lot of books and magazines, chopsticks and 3 bikes and they moved from Berlin to Porto. Before this city, Svenja Specht had already lived and worked in Paris, Berlin and Beijing, which is precisely why we constantly find multicultural references on her creations. «Asia is a big influence to me, because I lived in China for three years and I’ve had a Japanese partner for a long time», she states.

«But I think, before that, I was also influenced by strong personalities, like Laurie Anderson, Grace Jones and Gena Rowlands», she enumerates. «It’s not like I look at them and want to copy their style, it’s the attitude, how they wear things, and sometimes it can be something that is not my style and I might still think, “wow, this is great”, because it suits this person and represents her, and that is what clothes should be», she shares.

Svenja Specht continues: «I’m also influenced by my own person, by the way that I am. I was always a bit boyish, a bit wild. I was never the girly girl, but I also liked to play with dolls. I liked nature and animals, I was a very outside child. So, I was inspired by combining or opposing these two sides: the boyish side, which is represented by street culture and streetwear, and the elegant side, which came from these strong women». 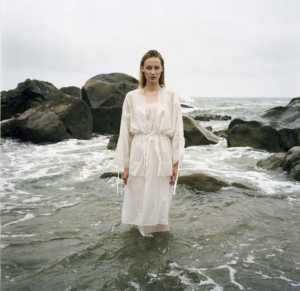 In the “Há mais Marés que Marinheiros” collection, Svenja Specht once again draws on women’s strength. The starting point was Svenja’s discovery of a book about the AMA women in Japan, who dive into cold water to gather shellfish and collect pearls, wearing nothing more than a loincloth. «They are the source of life for their families!», she exclaims. In a masculine approach, the designer investigated costumes of men who have a close relationship with the sea, like marines and sailors.

The shapes of men’s naval jackets serve as a basis for the construction of Svenja’s winter garments. The sea blue, seaweed green, raincoat yellow and the buoys’ bright orange prevail throughout the collection. The fabric patterns used seek for stripes typical of sailors, the waves on seashells and the ethnic and colourful clothing worn by the Japanese AMA women. Netted necklaces, handmade in the Studio, and artisanal baskets and rugs, created by Gur complete the brands proposal.

What’s really special about Svenja’s work, is that everything is thought of with authenticity, down to the utmost detail. In the look-book, models are side by side with real people — the designer’s friends and even Yoske, her partner, dressed in her garments. This is more evidence of the brand’s transparency. Even the Portuguese expression that gives the collection its name has double meaning, which fits perfectly with the creator’s way of thinking. Besides the clear reference to the nautical universe, the saying “Há mais Marés que Marinheiros” (There are more Tides than Sailors), in popular Portuguese culture, means you will always have another chance if one gets away.

In her own words, Svenja Specht belongs to her own little world of fashion. That world is the Reality Studio. In an eclectic and multicultural fusion of memories, experiences and different ways of thought, the designer introduces us to an intimate universe of contrasts. It is not easy to predict the future when you are trying to live in the present. But the creator promises to continue to surprise, because, one thing is certain, inspiration and new ideas will never be lacking. 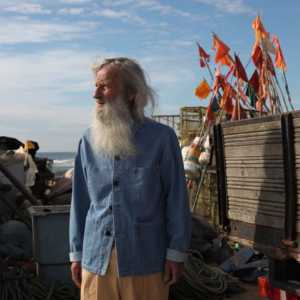 La Paz is proud to be a Portuguese menswear brand. Stories from the sea, love for the Atlantic and for our grandparents’...