The end of the first chapter 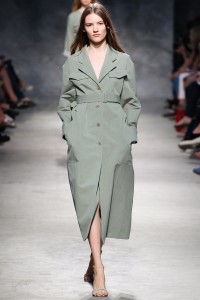 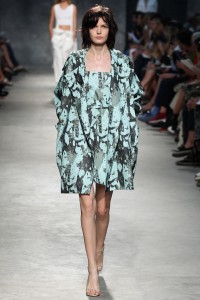 Felipe Oliveira Baptista announces the suspension of the activity of his own brand, ending a chapter of a 10-year career but leaving the door open to a return.

Usual presence on Paris Fashion Week and Portugal Fashion catwalks, Felipe Oliveira Baptista has now decided to suspend the activity of his own brand, created in 2003 in partnership with his wife, Séverine. «The activity of the brand is suspended until an undetermined date», says the designer.

«Séverine and I have decided to take a break in order to think over about the future of our brand project and rethink both the way and the nature of it. Particularly, we intend to explore new creation territories and other design domains», he explains.

However, Felipe Oliveira Baptista made it clear that «it is not the end of the story, but only a chapter that ends».

With a successful career, Felipe Oliveira Baptista began to get noticed when he won the Festival de Hyères in 2002. Meanwhile, he created his own brand in 2009 and since then, supported by Portugal Fashion, have been a regular presence in Semana de Pronto-a-Vestir de Paris. 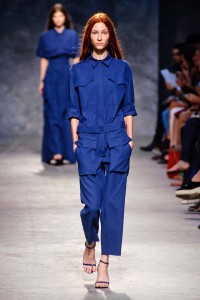 Nominated Lacoste artistic director in 2010, with biannual catwalk presentations in New Your Fashion Week, this will be the only project that will occupy the days of the Portuguese designer, since the collaboration was renewed and «now comprises all the brand licenses, including footwear, leather goods and perfumes», reveals Jose Luis Duran, president of Lacoste Holding.

Now, Felipe Oliveira Baptista clients from all around the world, especially in Europe and Asia, will have to wait for the next chapter in the designer’s career, and meantime, regale with his creations for Lacoste.

In a depurated space with cement walls and an unfinished look, the green of the greenhouse created by Espaço Bloom in London...