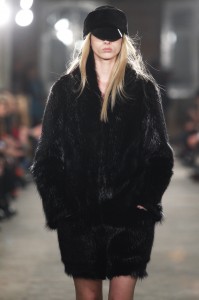 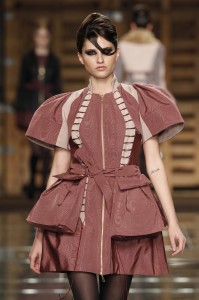 Under the motto ‘Cross’, Portugal Fashion was for the first time divided between Lisbon and Porto, showing the new collections for autumn-winter 2012/2013 by established and promising young designers.

It was in the Portuguese capital that the 30th Edition of Portugal Fashion – an initiative by Anje – National Association of Young Entrepreneurs in partnership with ATP – Association of Textiles and Clothing of Portugal – took off, with two double fashion shows by young designers Estelita Mendonça, Andreia Lexim, Daniela Barros and Hugo Costa, followed by the solo fashion shows by Felipe Oliveira Baptista and the duo Alves/Gonçalves.

«The presence in Lisbon should give more promotional strength to our project of dissemination of creations and national designers, framed within the innovative dynamics and cosmopolitan nature of the event», explained Francisco Maria Balsemão, Chairman of Anje.

Back in Porto, Meam by Ricardo Preto showed a contemporary look, where mobility was the starting point. «I made the collection with a fusion of nationalities and travels, which I called “the world is mine”. It is, in fact, as if it were a collection of objects from all over the world», summarized Ricardo Preto.

Luís Buchinho, on the other hand, who presented twice – first, under the name ‘Knitwear’ and then under his own name – showed jacquard knits with stone artwork, inspired by the typical Portuguese cobblestone, while L.i.V., of the duo Fernando Lopes and Hugo Veiga, presented a collection inspired in rugby. «We researched on techniques and new constructions to create new fabrics», explained the pair of designers.

Diogo Miranda divided his collection “Self Service” into two: a more sophisticated one, infused with the glamour of the 70s nightclubs, and another more casual one «because I have a lot of customers asking me for everyday dresses», he indicated. 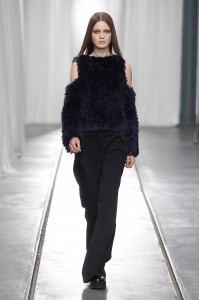 Miguel Vieira closed the third day of Portugal Fashion with a collection inspired by the personalities of Fado: both the major references, such as Amália, and the young performers of today, with black dominating the catwalk, also in the children’s collection, where the “mini-models” were much applauded.

In the fourth and final day, Katty Xiomara presented “Futuralma”, a collection built and designed for the future and the need to raise «awareness towards recycling and reusing things», said the designer, with each piece having the possibility of being used in several different ways.

As usual, Portugal Fashion, which featured 32 fashion shows, including 19 designers and 17 brands of clothing, ended with the fashion show of the collection “Á Flor da Pele” (skin deep) by Fátima Lopes. «This collection was designed to create an optical illusion of perfection, regardless of the body that people might have, having been designed to create much outlined silhouettes, with very thin waistlines, and I think I achieved that», concluded the designer. 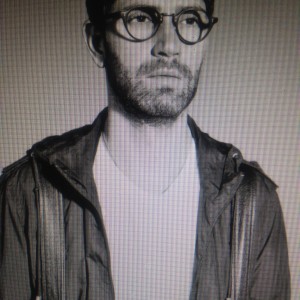 The Man from Bloom