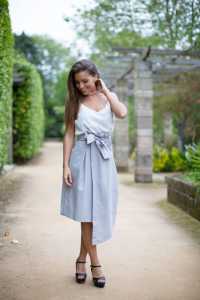 In dialogue with the work of Antoni Gaudí, Oscar Niemeyer, Frank Gehry and Álvaro Siza Vieira, the first collection of Pitaya, signed by Joana Vaz, a blogger based in the north of Portugal, has architecture as its starting point and the as destiny the wardrobe of urban women, who privilege minimalist pieces, or even made to measure.

Friends for a longtime, Catarina Rocha and Inês Ribeiro launched the brand with the name of a fruit in 2014, in a business development of their passion for fashion and trends. «We are friends for many years and we’ve always shared these passions. About two years ago, in a relaxed conversation, we discussed the possibility and feasibility of creating something of ours, to convey our taste and allow to imagine and create something that we considered beautiful and unique», explains Catarina Rocha to Portugal Têxtil.

This summer, Pitaya has teamed up with Joana Vaz, the founder of the blog Cookies and Trends – which, between the two official accounts of Instagram and Facebook, has more than 80,000 followers – and launched the Pitaya by Joana Vaz collection, motivated by the blogger’s education in architecture and her very close relationship with fashion.

«I was contacted [by cofounders of Pitaya], who asked me if it would be in my interest to design an exclusive collection for Pitaya, I promptly replied “yes”. We all have that item that we have seen in some platform and we would like to have it and we have never found it or that garment we have idealized and is not for sale in the usual brands. So why not? I accepted the challenge because I had lots of ideas», recalls Joana Vaz, who conceived the pieces and the colors in which wanted them to be produced and then entrusted the choice of fabrics to Pitaya’s duo.

The blogger’s foray into design is not limited, however, to clothing and, this year, Joana Vaz has designed an exclusive line of chokers to Pura Filigrana (see Pura arte) – a brand that has also associated with Pitaya for the release of its latest collection, presented on May 26th.

«Earlier this year, when the first lines of chokers appeared in fashion shows, I approached the brand and proposed the challenge to launch a line in partnership with Cookies and Trends covering only this kind of accessory, at the time still little sold here. I designed some items and soon the first ones were on the market, conceived by me and produced and perfected by them», explains the founder of blog, which is celebrating this year its third anniversary and has made possible for Joana Vaz to work with several Portuguese brands, the launch of two exclusive lines and «several other projects under construction».

In Pitaya, Joana Vaz’ collection currently occupies a large part of the production, «because the demand has been very high», says Catarina Rocha, who adds that some of the pieces are already sold out – namely “Siza” dress, a tribute to the renowned Portuguese architect – and some «will be refreshed for the anniversary of Joana Vaz’ blog, on July 17th». 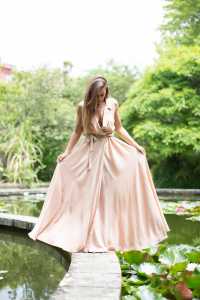 With sales online and in some stores, with which the brand has partnerships, as is the case of Ushop and My Kind Of Joy, both in Matosinhos, Pitaya’s proposals go further regarding exclusivity, with a dedicated area for “Tailor Made”. «Those are pieces made to measure and their prices may vary between 80 and 150 euros, depending on the desired model, as well as the customer chosen fabric», reveals Pitaya’s co-founder, who points out that within the Pitaya by Joana Vaz collection, the price range goes from 25 to 80 euros.

If Portuguese clients have immediately surrendered to the items, the international ones are constantly arriving to the brand’s platforms. «Even before the launch of Joana Vaz’s collection, we already had some clients around the world. The latest international orders were sold to Germany, Switzerland, Spain, France and England», tells Catarina Rocha to Portugal Têxtil.

With all the manufacturing in the hands of skilled seamstresses, the brand’s co-founder believes that «the value given to domestic production is also a feature of the brand customers, since they often say that this kind of production fascinates them and is something they have into account when making a purchase», together with the appreciation for simple cuts and exclusive items. 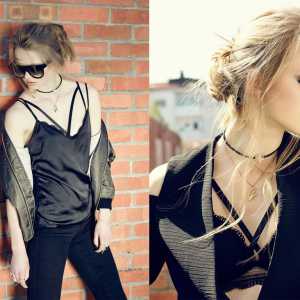 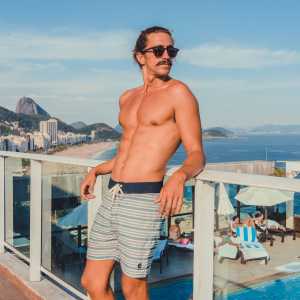 The stocks of sunglasses, lingerie, swimwear and T-shirts are limited and there is even the possibility to customize T-shirts...