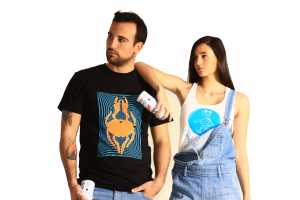 It came back to the streets in 2014, to be reunited with the usual suspects: young urban people in love with sports and who love being outdoors and a healthy lifestyle. Pacific Sud jumped from the 90’s to today, with the input of partners João Freitas and Raquel Ribeiro Freitas. In 2016, it’s already “part of the group” and, with it, is evolving with original partnerships – from surf to graffiti.

There are few brands capable of born twice. Pacific Sud has made it. The Portuguese brand that arrived in the market in the 90’s has reborn in 2014 and, today the bestsellers are still its denim products, such as jumpsuits and jeans – were not the material and the decade enjoying a massive return in 2016.

«The backbone of the brand is denim, without question. Even in the first time the brand entered the market, denim, mainly jeans, was the strongest product that led to its recognition», says to Portugal Têxtil, João Freitas, one of the Pacific Sud partners, adding that «now, with the brand’s relaunch, although by other people, the backbone is the same» and denim is the cooler teenager of the brand’s offer.

In its own words, the partner says that Pacific Sud is «being able to regain, step by step, its market share. The brand’s bet was never of a rapid growing, but a more sustained and smooth growing, allowing it to bet in small collections, different from the offer in the market, both for its quality and design», choosing a path far from fast fashion and detached from time. «We don’t intend Pacific Sud to be the “fashion brand”, even less a “fast fashion” brand, that quickly loses the consumer interest with the arrival of another brand», he sustains.

With a target audience with ages between 18 and 30 years old, Pacific Sud is excited with the younger people’s interest for Portuguese products. «Younger generations are more aware of the importance to buy what is ours», highlights João Freitas.

And, to keep recruiting people to its urban group, Pacific Sud is betting on original products and alliances, which wait for the waves and jump of street walls. The brand has already its third model of Poncho Surf, a garment dedicated to sports’ practice that was born after the partners realized a gap «in the offer of a piece that crosses ages and genders». «Poncho sales are going all right. We have launched another model, this time focused on the feminine public and the acceptance is being great», says Pacific Sud’s partner, announcing that the brand is already preparing the presentation of another model «still this year». «This one will be a little different, since it is going to have fashion details, something that is not very usual with this kind of product», he reveals.

Back in April, the brand launched a partnership that is a perfect symbiosis for the streets, but it came up «in the middle of a consulting work meeting with a client». «Out of nowhere, he described today’s trend of urban art and graffiti, as well as its strong rising as an art form» and, just like that, the most recent and vibrant Pacific Sud’s t-shirts were born. «We invited several artists and selected five [Nuno Costah, Sem, Cheikrew, Ratos Suspeitos and Catarina Rodrigues], to whom we sent a small description of what we wanted and proposals started to arrive», explains João Freitas.

Pacific Sud, which is sold in five multi-brand stores and three online platforms, is already working on its own online store, which will be launched later this year.

Portugal is the brand’s main market, followed by our neighbor [Spain], but it’s still looking for new companions. «The future is going to pass a lot by Spain, where the brand is having a good response. We want to go to other countries where we believe that the brand and its logo will have a good acceptance, such as United Kingdom, France and The Nordic Countries», says João Freitas.

In this rebirth of Pacific Sud, 2015 «was still an adaptation year», but «2016 seems to be the turning point year, believing in the signs we already have», he states. The collections and the strong bet in distribution within the Portuguese market will contribute to that. «Next year we are going to have an even more complete collection for men and women with new products. And we are closing a deal with a national company that will ensure the distribution of our product in the whole country», unveils João Freitas to Portugal Têxtil, also highlighting that, within Pacific Sud’s strategy, the bonds with sports are going to be stronger with each opportunity. «We are going to be present in extreme sports’ events», he unveils. 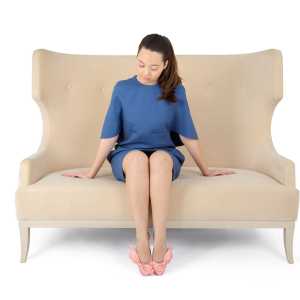 Josefinas on the feet of the world

Bus on its way to the future

Josefinas on the feet of the world

The name Josefinas was inherited from the founder grandmother and the model was born from a particular fascination with ballet....