The clinical side of spring 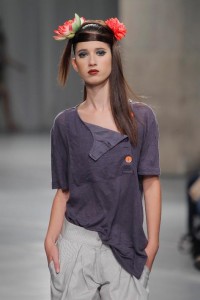 In a collection that in terms of inspiration mixes tradition with innovation, Jordann Santos maintains the laboratory DNA of his brand for the warm season of next year.

“Miku’s Calaca” is the young designer’s proposal for the warm season of next year, where he combines Calaca, an Aztec ritual that celebrates the dead in a cheerful manner, with the Japanese Vocaloid, which creates the sound of a virtual character.

«I found a parallel between an ancient ritual that worships the gods and the current one that worships a virtual being», explains the designer about this new collection Autopsy by Jordann Santos. Just as the brand – whose name «was chosen first for being out of the ordinary and second because I see Autopsy not as a dark side, but as the laboratory, metallic, aseptic, calculated side» and also because «in Autospy there is also an auto(matic) side, of the reproduction of the design in a factory», as Jordann Santos reveals – the new collection has a certain vibration, almost scientific and laboratorial. 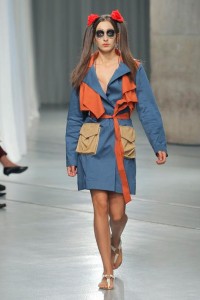 Oversized and structured pieces, such as trousers, skirts and jackets, that combine materials such as linen, jerseys, fluff, nappas, cambric and twills, constitute the centre of the proposals, painted predominantly in rust and khaki.

In addition to his author collection, where on one hand he combines «a classical side but, at the same time, a little casual», Jordann Santos works also with the industry – with the company Rachel Crivelli (a company that buys licensing of trademarks), where he develops, along with a team, collections for the brands Morangos com Açúcar and A Pipoca Mais Doce. Besides working as a designer, he also teaches at the Porto School of Fashion and does styling and fashion productions. 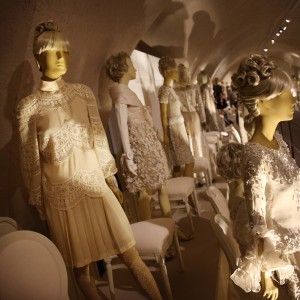 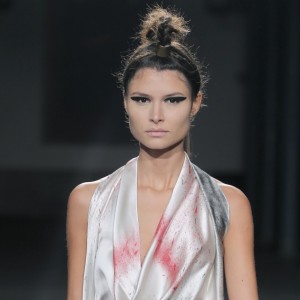 The anarchism of Storytailors

Valentino Garavani’s art and mastery in creating Haute Couture for 50 years are revealed in all their splendour in the exhibition...