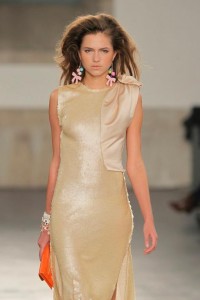 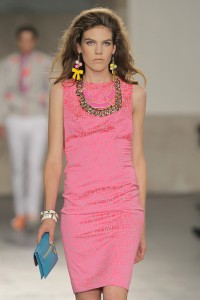 Miguel Vieira is preparing to reach new business areas. After furniture, it is time for the home to gain a scent signed by the fashion designer, which also served as the motto for the new collection.

With an increasingly comprehensive eponymous brand, Miguel Vieira is ready to enter into the everyday life of all his fans with a scent for the home, which he tried in his last show at Portugal Fashion, where the models sprayed the room with a smooth essence while they walked down the runway. «I wanted to see people’s reaction», he explains.

This new adventure was actually the source of inspiration for the designer’s collection for spring-summer 2013, which he named, precisely, “Perfume”. «This collection got many of its images from the most exotic places, like beaches, woods, the forest, where there is a large habitat of parrots and macaws. From there I got these very strong colours, particularly fluoride in orange, pink, green, and the pieces have patterns of these same birds, showing that precise essence for the home», he points out.

Suits, jackets and shorts for men and ultra-feminine dresses for women, in materials like sequins and silk brocades, always accompanied by lush accessories such as envelope handbags and multi-coloured high-heeled shoes, are part of the proposals by Miguel Vieira for the next warm season, with the goal of continuing to win customers in Portugal and abroad. 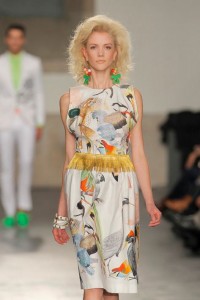 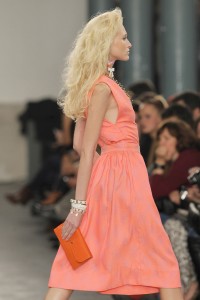 «Sales of this collection began in July and August and increased in Portugal», he reveals. A situation to which the increasing flow of tourists is not indifferent. «Many people in countries such as Angola and Mozambique come to Portugal to shop and obviously want this type of colours I am presenting», he referred.

The designer continues to expand his brand into other countries, such as Greece, where despite the crisis, «we’re selling more» and Japan and South Africa, «which is increasingly growing for us». 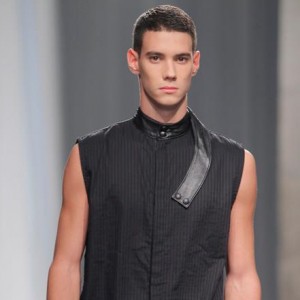 A designer in her own right

From British inspiration to sales in Angola, Júlio Torcato is an increasingly international designer, as proves the new collection...