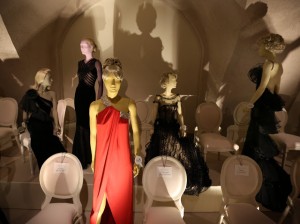 Valentino Garavani’s art and mastery in creating Haute Couture for 50 years are revealed in all their splendour in the exhibition “Valentino: Master of Couture”.

Somerset House, which usually hosts the London Fashion Week, will host one of the largest exhibitions ever, with haute couture creations by Valentino Garavani, celebrating the 50-year career of the master of couture.

From a runway full of sets, to the trip to the backstage of the designer’s atelier at the end, the exhibition, which opened Nov. 29 and will be open to the public until March 3 next year, offers a rare glimpse of the archives of one of the best-known names in the world of fashion.

More than 130 haute couture creations, many of which are used by mythical movie stars like Elizabeth Taylor, Audrey Hepburn, Jackie Kennedy, Grace Kelly and Sophia Loren and, more recently, Gwyneth Paltrow, Julia Roberts and Anne Hathaway, are part of the exhibition.

«Each of these creations has a beautiful story. The atelier produced them with much perfection, by hand, taking hours, sometimes days, to complete. The details are incredibly intricate, although outside of fashion shows and events, these dresses have rarely been seen. Therefore, to be able to show these creations in Somerset House, where they can be seen in great detail by the public, is something unique», says Valentino himself.

The exhibition is divided into three areas, starting with photographs and personal files of the designer, followed by a huge runway, 60 metres long, which visitors must go through to view each of the 130 creations. The sewing processes used in the workshop, including the thorough work of the seamstresses, close this exhibition which must not be missed. 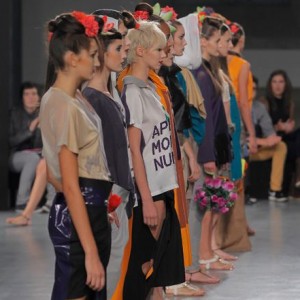 The clinical side of spring

"Exotic" brings together the proposals of Luís Onofre for spring-summer 2013, a true explosion of colour that left many...