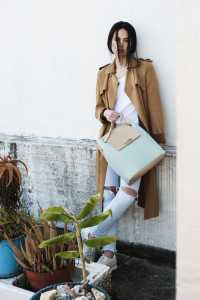 It has a woman’s name, it was founded by two and want to be the ally of urban females. Maria/Maleta was born in one of those long summer conversations between two friends and now, the Portuguese brand of handbags that invests on handmade, from São João da Madeira to the world, sells reversible “Marias” or even to the customer’s choice.

«On one hot summer afternoon, from informal conversations, the idea of creating a leather handbag’s brand 100% Portuguese began to be a theme. In a very natural way, me and my life’s friend (and now partner) Daniela Marques, we began to think of a way we could have a joint project», reveals Ana Neto, the co-founder of Maria/Maleta, to Portugal Têxtil.

From the informality of the conversation was born what would eventually be one of life projects of the two friends who, after drawing up the first prototypes, have recognized how serious and long that relaxed afternoon could become.

With family connection to the footwear industry, the co-founders then decided to explore the universe of bags on the grounds that accessories had «more room to make a difference». And Maria/Maleta was born, two and a half years ago – as the online portal of the brand says: “There are bags that come for good”.

«We ended up being both to design the bag, based on the initial concept, a woman, a bag, two sides to unveil», tells Ana Neto about the versatility of the pieces, which, perhaps because they are thought by two heads, have a split personality – all bags allow two distinct uses.

Together with these two sides, Maria/Maleta permits a third form of expression to its items. The customer can choose its own Maria, «from the skin’s colour to the texture or colour of elastic straps», an alternative that is having «a lot of demand».

Without seasonal collections, Maria/Maleta currently has all its models available in the online store. «We have from our first model, the classic reversible clutch, to shoulder and belt bags and backpacks», says the brand’s co-founder, who highlights that the best-selling line is the “Backpack”, the model to carry on the back. 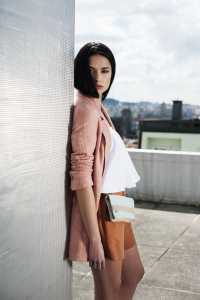 The brand, «which is constantly growing», believes that the international market is gaining more and more weight in digital sales. «Orders are mainly from Central Europe, but we have also had from the US and Bali, for example», she indicates.

In addition to the online environment, the brand produced by hand by the two founders, «with the help of a seamstress» in São João da Madeira, the birthplace of Ana Neto and Daniela Marques, also holds physical shelves, as it happens in the space The Feeting Room, in Oporto. «And we have already had a pop up store, which usually takes place on Christmas time, in the collective called #Portobrands», adds Ana Neto. Maria’s price range starts at 60 euros and can go up to 190 euros, except for custom orders.

Maria/Maleta’s items are all made with animal skins, but Ana Neto stresses that the brand does not use the «skin of exotic/or endangered animals», elucidating that the skins used are the same used in footwear and are mostly leather». 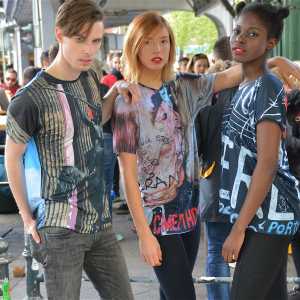 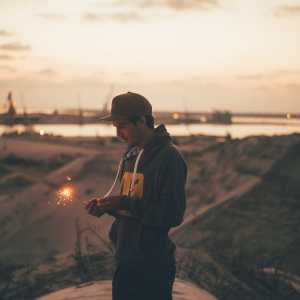 The question: " Is fashion art?" has been motivating the most different and yet peremptory answers. From Portugal to the world,...