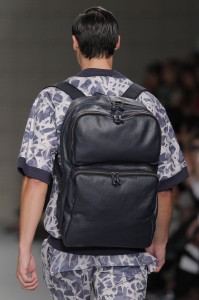 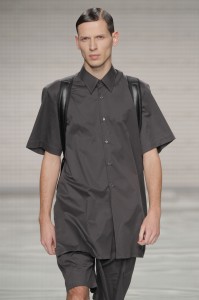 The fashion created in Portugal increasingly attracts more attention among foreign buyers, as proved by Hugo Costa, who is taking his first steps in the internationalisation of his designer fashion.

Promoted, in the most recent edition of Portugal Fashion, to the main catwalk, Hugo Costa is a reference name of the new generation of national fashion. His proposals for men, with a streetwear style and personal touch, have charmed the critics and buyers, which is why he is currently expanding at full force. “In terms of brand, things are just beginning to happen,” he reveals.

Aware that the Portuguese market is “complicated”, not just due to a question of taste but also “purchasing power, because when we focus on quality we can’t sell cheap,” it is in the markets abroad that Hugo Costa’s career has begun to take off in new directions. “I went to a fair in Copenhagen which went very well, where I made interesting contacts with buyers and distributors,” he indicates, also mentioning “a small, but extremely good, order to Sweden.”

Opening up new markets is, therefore, part of the strategy of this young designer. “We are making a presentation in the Belgian market and the Dutch market”, he notes, however, stressing that “we are not in a hurry. We want to live in a sustained manner.” 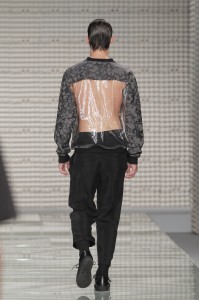 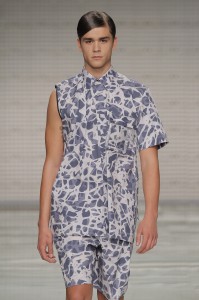 Consolidating the brand is, in fact, Hugo Costa’s major objective, which is not limited to clothing. “I am putting a great effort into promoting the accessories part,” he states, referring to packpacks as the most recent addition to his list of creations. In partnership with the company Belcinto, this is an area which should grow in his collections, as well as footwear – a segment that has always been present, which is inevitably the result of being based in the footwear zone of São João da Madeira – produced by Armando Silva SA.

Partnerships with industry are one of the aspects which are seriously considered by the designer, especially at a time when he is battling for the “professionalisation of the project” of his own brand. “During the first years, it was more a question of experimentalism, lots of work on design, searching for an identity. Now the product has started to reach our intended quality level for marketing.” For this reason “I want to go on adding good partners,” he stresses.

For the cold season 2014/2015, which will be unveiled at his eighth presence in Portugal Fashion (six of which were at Bloom), Hugo Costa promises to develop accessories and remain faithful to his own style. “My strategy is to do what I most love and people will follow as a consequence,” he believes.

In two years, Carlos Couto trained in fashion design, was distinguished with two awards and has captivated public attention...