The brand of footwear, which is produced in Guimarães, opens tomorrow a temporary shop in the historic centre of its hometown.

Rua de Santo António, in Guimarães, has another reason for being visited with the opening of the Fly London pop-up store, which should remain so until the end of the year.

The new pop-up store takes into account the current context of the city – European Capital of culture 2012 – and was designed with a visual installation that operates over the entire geography of the store, with the placement of translucent plastic curtains that provide, on the one hand, a set of colourful lighting and, on the other, serves as support for multimedia resources. The contents of the “video art” projection may be viewed during the day and at night-time, showing a bit of the Fly London universe.

The decoration of the space is the responsibility of António Vieira, in collaboration with Pedro Ferreira and the film society of Guimarães, and has a plastic language resulting from the combination of several aesthetic resources ranging from baroque, kitsch and minimal elements, to multimedia ones, creating an environment both eclectic and contemporary.

Created in 1994, Fly London, a brand owned by Kyaia, follows the motto that is its trademark: “Always progressive. Never conventional” and regularly presents its collections of footwear on the runway of Portugal Fashion. In 2011, it exported its shoes to about 50 countries and currently has stores in Porto, Lisbon, London and Copenhagen. 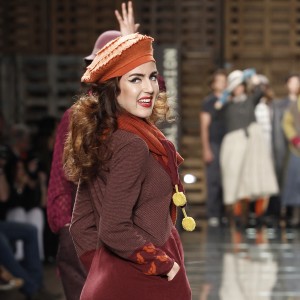 In the name of Teresa Martins

Paris Hilton is the latest celebrity to surrender to the collections by Luís Onofre, who already has numerous public...