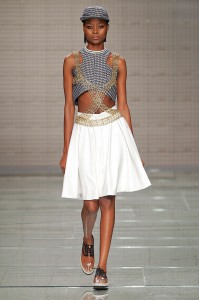 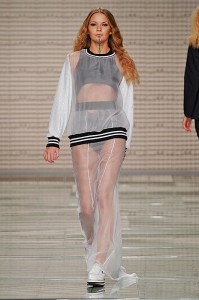 Elisabeth Teixeira’s new collection for spring-summer 2014 is already for sale, exclusively at scar-ID.

The store, located in Porto but with a virtual platform too, will be responsible for the exclusive sale of the designer’s proposals for the warm season of this year, having returned last October to the runway of Portugal Fashion after a break in March 2013.

“Dévoiler” is a romantic reinterpretation of the new tribes and folklore in contemporary times. «It all started with an editorial that I saw in the Jalouse magazine», confessed the designer referring to the collection for man and woman for the upcoming spring-summer. «Since then I have started researching in terms of ethnicity and I was fascinated by the tribes of North Africa», she reveals.

«My idea was to create a more urban and modern tribe based on the ethnic tribes, but not so literally – hence the mixing of organic and traditional materials with sports materials», she explains.

Tribal and printed patterns thus arise, in contrast with neon colours, applied in more technical materials such as neoprene, creating sportswear silhouettes for the warmer weather. The collection is complemented with accessories in gold and wood, designed by Olga Noronha, «enriching the detail of each piece», as the designer considers.

Born in Paris, Elisabeth Teixeira graduated in fashion design at the Gudi School of Fashion. In March 2009 she held her first fashion show in Portugal Fashion and, in addition to her eponymous brand, she has worked with the Portuguese industry – first with the brand Clepsidra and, more recently, with a line of pyjamas with Confenix.

She was recently responsible for the costumes of the leading actress (Helena Canhoto) in the play “Addictions for a happy family”, which was playing at the Rápido theatre until December 30th. 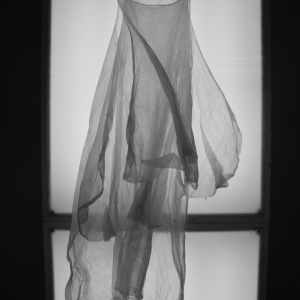 22 years of design at Mude

22 years of design at Mude

With a single exhibition, the Faculty of Architecture of the University of Lisbon (FAUL) in partnership with Mude, celebrates...