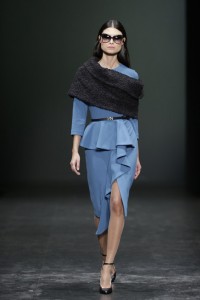 Transverse and universal, fashion goes beyond clothing, a trend that is being exploited by national designers.

Miguel Vieira was one of the pioneers, betting soon in footwear design. He was followed by Fatima Lopes who, after pens, porcelains and other incursions into new universes, has just released a perfume with her own signature. But this trend is becoming transverse to many creators.

It is Katty Xiomara’s case, as revealed in her latest show at Portugal Fashion. «We made an appointment in footwear, in partnership with Only to You, and also in eyeglasses frames, which are our own design in partnership with Shamir and Silhuette», she explains. «The goal is always to grow and be more embracing, not only in our work area, but also in terms of markets», emphasizes the designer, which in addition to Portugal, also sells in Spain, USA and Kuwait.

Instead, Anabela Baldaque is betting in home textiles with a new project in partnership with a catering company from Carregal do Sal. «Were conceived four lines of banquet’s tablecloths: Sushi, Frutos Silvestres, Pata Negra and Suspiro», she lists. This adventure may not stop here for the designer, who is also embarking on online sales.

«I think I should also do something associated with lingerie, because I am so feminine and so found of fabrics … I am not saying that I will do it for now, but, without a doubt, I will try to harass it in any way», she explains.

In turn, Nuno Baltazar has already his eyes on other horizons, with its first line of sunglasses. «It is a natural extension of a ready-to-wear line. It is an essential accessory that each time makes more sense and there is some hunger for less massed glass new proposals», explains the designer, who also has a line of furniture in partnership with Munna.

After the glasses, Nuno Baltazar is considering another segment, thinking of the little ones. «I feel like develop a line for little girls. It makes sense in my universe, which is very feminine», he concludes. 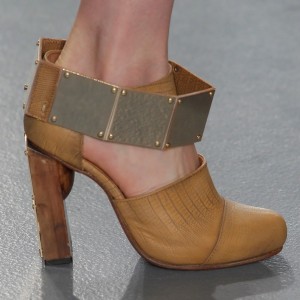 The partnership of Alexandra Moura with Goldmud continues to be rock solid and, by its fourth collection, has shown evidence...