Just in time for Christmas shopping, Diogo Miranda launched his online store and put a stop to the excuses that Felgueiras is “far too far away”. Indeed, the young designer of Portuguese fashion, a habitual presence on the catwalks of Portugal Fashion for six years now, opened his brand to the world, in response to the many requests. “Portugal Fashion has accompanied us, not just in the fashion shows, but also in fairs – we have been to Paris and we have been to London. And abroad, lots of people asked me if I had an online store,” Diogo Miranda explains. 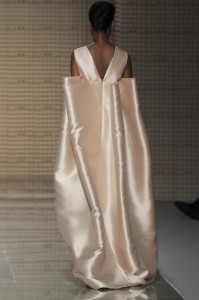 After the success of the test of Christmas 2012, where he sold a special edition of t-shirts through Facebook, the designer decided to embark into the virtual world, in a partnership with Helena Pereira. “I was already interested in having an online shop, but I kept putting it off. Now it has happened. We sell all over the world”, he emphasises.

The autumn-winter 2013/2014 collection has been available online since 5 November, at diogomirandaonline.com. Dresses, coats, trousers, skirts, tops and accessories are at the distance of a click, with delivery deadlines from three to five days for Portugal, five to eight days for Europe and eight to ten business days for the rest of the world.

An important step for the designer who, this year, focuses strongly on the internationalisation of his brand. In addition to his presence at the London fair Scoop International Fashion Show 2013 and at Zip Zone in Paris, Diogo Miranda has shown his collection in Brazil, a market that he believes shows enormous potential for his brand. “Everything went really well, we had the ‘carioca’ society there in full and everyone loved it, but the problem is that getting into Brazil is very difficult. We were extremely successful, but Rio is more social and São Paulo is more business, so it would be a good idea to go to São Paulo,” he argues. 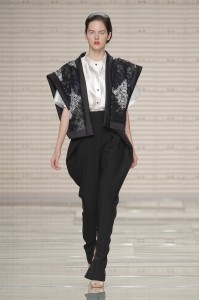 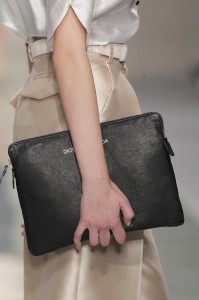 The collection for spring-summer 2014 has, moreover, a certain transatlantic “accent”, since it was inspired by the work of the Brazilian architect Oscar Niemeyer. “On my last trip to Rio de Janeiro I got to know Niemeyer’s work better and its geometric forms inspired me,” the designer reveals.

A new collection which will reach his boutique in Felgueiras and the on-line store shortly, thus achieving the goal that the insignia has established for itself: “each season, the brand is dedicated to creating sophisticated products, for a growing number of fans.” A recipe for success that Diogo Miranda promises to “continue to improve from one collection to the next; we have a gigantic opportunity and I feel that, with each one, I progress 10 years.”

Footwear for the summer

Footwear for the summer

The Portuguese footwear brands unveiled the tendencies for this year's warm season on the catwalk of Portugal Fashion. At...