Bus on its way to the future 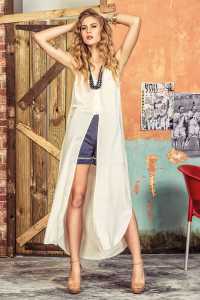 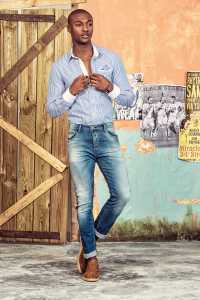 In 2015 it has suffered a rebranding, saying goodbye to “Urban Wear”, but, the nowadays Bus, didn’t stop watering its irreverent roots. With blue blood on its veins, Cruz & Areal’s jeanswear’s brand has on the national market its best ally and the online assault on its sight.

Cruz & Areal, a company founded in 1998 and owner of the then-Bus Urban Wear, «was created with the goal of making and selling apparel, more precisely jeanswear and sportswear, for men and women, with its own brand», unveils Régia Machado, Bus’ marketing responsible, to Portugal Têxtil.

In 2015, the company has decided to do a rebranding, leaving the “Urban Wear” designation, «to emphasize Bus, the way that the consumer automatically knows the brand» and, throughout the years, the brand has been faithful to its DNA, without leaving the trends behind, «so we maintain the irreverent spirit of our own language in a close approach to our customer», she says.

Besides its own stores – back in 2004 the brand has opened its first mono-brand store and it has now four –, the international flights started in 2010 and currently Bus is being sold through multi-brand stores in markets such as Angola, France, Luxembourg and Switzerland.

In the brand’s numbers, the Portuguese market weights 85% of its turnover and the conquests outside represent the 15% left, but Bus wants to expand its influence with «the enlargement of the coverage of the Spanish territory» and the «execution of penetration plans in the remaining European and African markets», points out Régia Machado.

Together with its physical sales points, digital commerce is also deserving Bus’ attention. «Only recently we started working actively in the online sales channel», she says, adding that online sales are still very residual. «Online sales represented 1% of the total sales in 2015, but we’re expecting that this year it might have a 150% increase», reveals Bus’ marketing responsible, highlighting «customer support, free deliveries and returns and the quality service provided» as catalysts of that growth.

Initially, Bus had as target young people, between 18 and 40 years, but «in the last years we’ve noticed that the customer-target that recognizes the quality and the “made in Portugal” factor is in an older age group, between 25 and 45 years. It is exactly this consumer that buys high quality products with competitive prices», she analyses.

There is, however, an element that is indifferent to those changes: the quality of the brand’s jeans and its role on sales. «No doubt that jeans are our bestseller», says Régia Machado, who also quotes the remaining products on the podium. «We also include in the top of the list shirts and our Dress-Up line », a more refined range designed for events and a night out. These are, up to now, the most successful products within Bus’ offer for spring-summer 2016, in a scenery inspired by exotic and Latin surroundings that dialogue with Rio de Janeiro’s hills. 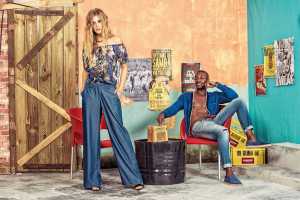 About the campaign, which maintains the partnership with Nobrand (see Um casamento feliz), Régia Machado highlights its scope. «Bus develops, for each season, a campaign based in a 360º integrated communication policy. Every campaign tries to use the most diverse and effective touch-points as a way to activate the brand», explains the responsible, adding that «the next step to be closer to our customer and to offer the best experience will be to restructure our online platform to be adapted to smartphones and tablets, as well as to work the omnichannel», side by side with a continuous bet in product placement and celebrities’ endorsement and also catalogues, stylebooks, displays and other promotional material.

With a permanent search for new solutions that have in consideration the latest market trends, «using the best trend books and online searching engines globally renowned», the most recent bets of the brand were «a super stretch denim with our style B-Flex [an innovative fibre blend that offers high elasticity, an excellent fabric recovery and superior comfort], as well as a flashback to the 70’s with stone wash and working heavier denim». 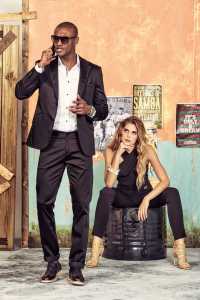 Nowadays with 30 people (working directly and indirectly with the company), since 2006 the evolution of Cruz & Areal’s business led to «the vertical integration of several functions in the value chain», with the goal of «control the production process and strategic key-functions, exclusively manufacturing for Bus». Therefore, inside its walls, the company assumes the design, pattern making, cut, sewing, finishing and quality control of 10,000 to 20,000 articles produced monthly. The 2006 restructuring process has also integrated a finishing area for denim, which «allowed an increasing innovation capacity and speed in the development of adequate solutions for the necessities of the market».

Although the company is recovering since 2014 from the crisis installed in the country, Régia Machado assures that Cruz & Areal «is already in a stabilization phase and with a growing perspective in the near future». 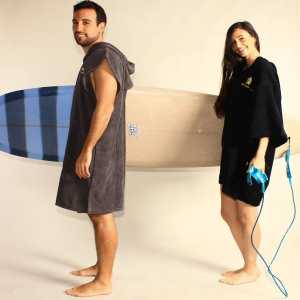 It came back to the streets in 2014, to be reunited with the usual suspects: young urban people in love with sports and who love...