After the success with TAP uniforms, the fashion designers are signing the new uniform of the Angolan airline TAAG.

Known by the sophistication and elegance of their collections, Manuel Alves and José Manuel Gonçalves have been highlighted for their ability of leaving the boundaries of fashion author and embrace parallel projects.

«We are interested in any project that involves design», states Manuel Alves. The most recent “adventure” are the uniforms that «are always very interesting challenges, because we can integrate our perspective in that work, the Alves/Gonçalves spirit».

Galp and Vodafone are some of the brands in this business area for whom the pair worked, but the most recent projects involve airlines. After the success with TAP and SATA uniforms, last year was the Angolan airline TAAG who surrendered to the creativity of Alves/Gonçalves. «We delivered a draft, with the colours and the fundamental ideas and after three or four days we received an email saying “Closed. We love it!», says Manuel Alves.

In addition to designing, the duo is also responsible for providing the accessories of the uniforms – except scarves, which came from Italy –, all made in Portugal. «Caps, hats, bags … everything was done in Portugal. We found fantastic milliners in São João da Madeira, as well as factories, such as Ricon Industrial, who did most of the men and women uniforms, as well as very beautiful and well made bags», adds the designer. 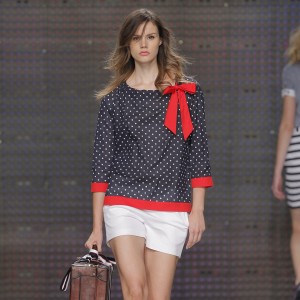 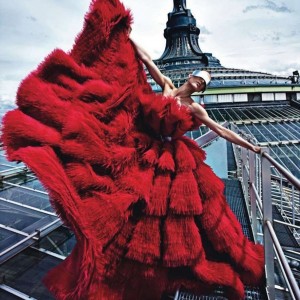 The Portuguese brand has just opened another single-brand store, where consumers can already find the new collection...