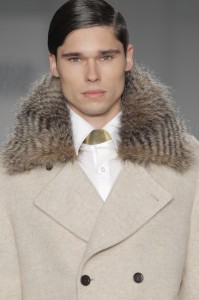 Unavoidable figure of Portuguese fashion, over de last 25 years Miguel Vieira has managed to associate his name to luxury and gather a loyal customer base.

In autumn-winter 2013/2014 collection, 25 has been the highlighted number, remembering a successful career that has long crossed national borders. «The collection is my tribute to women. Initially I thought I’d bring to parades just the woman’s collection – that was how I started 25 years ago, just with woman – only having man collection after, and since two years ago, a child collection», explains the designer.

A luxurious collection, full of noble materials, «directed to an audience that has no crisis, that appreciate, who buys as soon as the season begins – I’m not against other audiences, but it is for this audience that I work», admits Miguel Vieira. 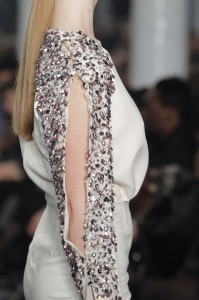 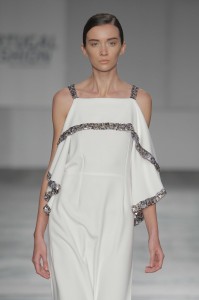 Already present all over the world, either with his clothing collection for men, women and children, or in shoes and even furniture, the São João da Madeira’s designer still wishes to explore new markets. «I really wanted to expand myself in Brazil. I already have Brazilian citizenship – because my mother is Brazilian – and it’s a market that I am very interested in. I am betting strongly in that country, and from there we can expand to the entire Latin America, which is also something that seduces me a lot», he explains.

A next step for the designer’s full of victories career, which highlights in these last 25 years «all the times that I could have another new product, made me more autonomous and not dependent on anyone else. I think this is what makes sense in a brand», he says.

But the route is only half done. «When I had to choose my career, in front of me I had many doors and several paths. The door that I opened was the one called fashion and that door had a huge staircase that never ends. Slowly, I began to climb some steps and I am not even halfway through, remaining much to be done», he argues. «But if I went back, I would climb the same step and enter the same door, because it’s really something I love to do», concluded Miguel Vieira. 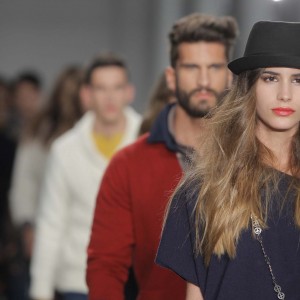 Portugal became too small for fashion designers who want their projects to gain wings and fly to new places. The proof...