The French luxury conglomerate, which owns brands such as Dior, Fendi, Givenchy or Marc Jacobs, as well as Louis Vuitton itself, is the epitome of luxury. Now, with the launch of the 24 Sèvres e-commerce platform, the LVMH group hopes to become a destination for luxury shopping in cyberspace.

In an interview with the Engadget website, CEO Eric Goguey explained that the platform was designed to be the web version of Le Bon Marché, the iconic retail space often described as the most selective department store in Paris.

The main idea, pointed out by Goguey, is to offer a perfect and exclusive shopping experience. There are even personal shoppers who video chat with customers and guide them on their shopping trip.

Contrary to rumours, 24 Sèvres does not only sell branded products owned by the LVMH conglomerate. Consumers can find clothing, footwear and leather goods from fashion houses such as Balenciaga, Gucci, Balmain and Stella McCartney. Nike and Adidas, for example, will also be present on the e-commerce website, but the products of these brands will be selected from limited-edition collections.

Therefore LVMH positions itself as a competitor of platforms such as Yoox Net-a-Porter and Farfetch. The initial focus is women ready-to-wear and 68 brands contribute with unique products.

24 Sèvres already has an iOS app to complement the shopping experience of users.

«The ultimate goal is to offer a type of e-commerce that has not existed to date and ensure that it continues to be delivered with a personal touch», Goguey said. «Technology must always be at the service of the human being, not the other way around. Bearing this in mind, we are developing a store for the digital era with a true luxury experience», he added.

The arrival of 24 Sevres took place less than a year after LVMH’s chief operating officer, Jean-Jacques Guiony, revealed that there was no possibility of selling its branded products in Amazon’s marketplace. «We believe that Amazon’s business does not align with LVMH’s and does not serve our brands», he told the investors. 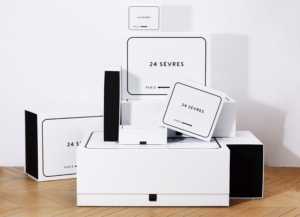 However, while 24 Sevres is not an Amazon clone, nor is it supposed to be, it shows that LVMH remains resolute in keeping its products away from Jeff Bezos’ platform.

NPD analyst Marshal Cohen argued that LVMH’s motives for not working with Amazon are related to the exclusivity of its brands.

«Someone who wants to buy an LVMH article tends to prefer an LVMH website unless they can get it at a big discount elsewhere. This also does not benefit LVMH, so it makes sense that it acts on its own», he acknowledged.

It is too early to say whether 24 Sèvres will be a success – the e-commerce website started in June – but Goguey has revealed that so far, the consumer response has been “incredibly positive”.

«Your success will depend on your ability to resonate with the consumer», Cohen admitted.

So far, the 24 Sèvres has already managed to distance itself from most e-commerce sites by aesthetics. Goguey explained that the bet place on image is intended to make the customer feel that he is shopping in high-end stores in Paris or New York.

This is LVMH’s largest e-commerce project since the group recruited former Apple executive Ian Rogers to lead the company’s digital efforts in 2015. The website is also the first multi-brand e-commerce platform for fashion that LVMH owns since the group discontinued sales at ELuxury.com in 2009. 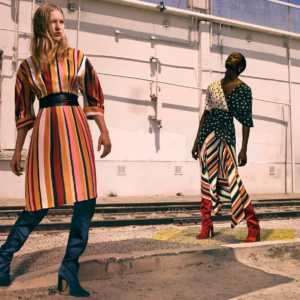 After giving elasticity and comfort to all wardrobe pieces, the macro-trend has now arrived at cosmetics and accessories....